The presentation will discuss the development of China’s currency, the Renminbi (RMB), as an international currency.  A rising Chinese state and associated market actors are the primary agents in internationalizing the RMB. Chinese state officials have created the government programs and legal/regulatory frameworks that have enabled corporates to use the RMB for cross-border trade settlement, direct investment and financial investment.  However, Chinese corporates, especially the leading PRC commercial banks and numerous Chinese manufacturing-and-trading enterprises – and their overseas partners – have stepped up to actually use the RMB, internationally, for their business transactions.  Their active use accounts for the dramatic growth in the international use of RMB from 2010 to 2015.  These findings have significant implications for assessing the future potential for, and obstacles to, greater international use of the RMB, and for envisioning the contours of the emerging global monetary system. 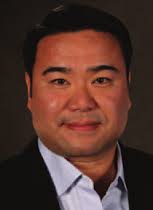 Dr. Gregory Chin is Associate Professor of Political Science at York University, Canada. His principal research interests are in the areas of international and comparative political economy, with a focus on China’s international financial and monetary affairs, Asian regionalism, the BRICS, and global governance reform. He is currently finishing a book manuscript on Renminbi internationalization.

He is a Non-Resident Senior Fellow of the Foreign Policy Institute (FPI) at The Johns Hopkins University SAIS, where he co-directs the Emerging Global Governance (EGG) project, a joint initiative with the journal Global Policy.  He is on the International Advisory Board of the journal Review of International Political Economy, and on the Editorial Board of the journal Global Governance.  Prior to joining York University, Gregory Chin was First Secretary (Development) at the Canadian Embassy in Beijing (2003 to 2006), and from 2000 to 2003, he served in Canada’s Department of Foreign Affairs and International Trade, and the Canadian International Development Agency.