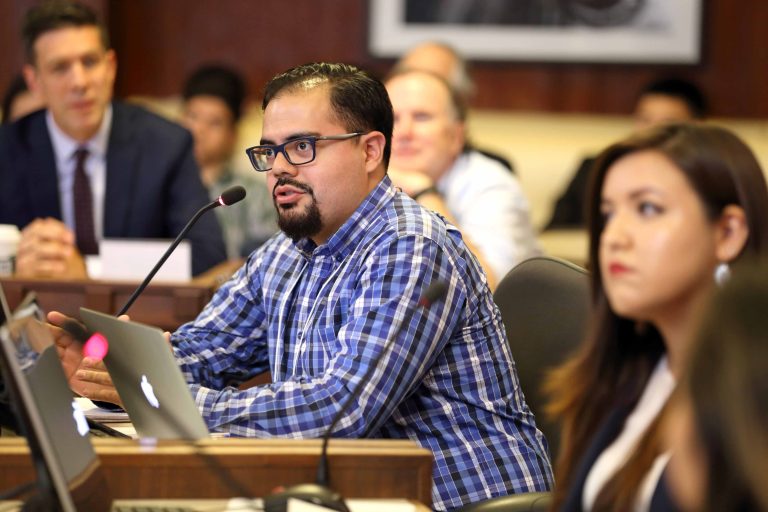 Among our three institutes, one centre, and five affiliated centres that serve as catalysts for research and engagement with the policy community around the world, SPPGA supports numerous other programs and initiatives.

Our programs and initiatives seek to generate new knowledge, raise awareness of pressing issues, create space for dialogue among academics, government, industry, and community members, and facilitate experiential, problem-focussed learning for our students.

We will continue to play a convening role in interdisciplinary learning and engagement as we know the importance that community-university engagement is to excellent teaching, learning and research, and to enhancing economic, social and cultural well-being.

Hosted by the School of Public Policy and Global Affairs and made possible by a generous gift from Philip Lind (BA ’66; LLD ’02), the Lind Initiative is an annual dialogue series created to address the most urgent issues of our time.

With each year focusing on a new theme, the initiative invites prominent American scholars, writers and intellectuals to UBC to conduct research and share ideas with students, faculty and the wider community

The UBC Women in House Program

The UBC Women in House Program is an innovative and practical program hosted by the UBC School of Public Policy and Global Affairs that is aimed at promoting a greater level of female representation in the Canadian government. The program pairs female and female-identified students for a full day with a Member of Parliament or a Senator so that students can directly observe political procedures, learn about gender equity, and engage in mentorship and networking with Canadian political leaders.

Participants are also involved in a second day of learning where they attend an academic portion of the program with journalists, professors, and/or other practitioners on a related topic, as well as enjoy a tour of the Parliament Buildings.

The program includes fully subsidized return flights from Vancouver to Ottawa and accommodations. Students need to be fully available for all four days if accepted into the program and will also be expected to submit a blog post reflecting on their experience within two weeks of their return to Vancouver for posting on the UBC School of Public Policy and Global Affairs’ website.

The 2020 program was open to ten female and female-identified students enrolled in the following programs at the University of British Columbia during the 2019-2020 school year:

For students interested in undergraduate courses focused on global interactions among states, non-state actors, economic and social structures and processes, as well as languages, cultures, societies, political systems, geographies and histories around the world, please find a comprehensive list of programs offered at UBC on The Faculty of Arts Admissions website and learn more about the IR Program below:

The IAR is the administrative home for five regional research centres, with which the Institute frequently collaborates on Asia Pacific policy events and initiatives:

The Institute of Asian Research (IAR) provides funding and administrative support to initiatives that focus on specific Asian regions and policy issues.

Jointly funded by the IAR and UBC’s Faculty of Arts, The Himalaya Program is an interdisciplinary hub for faculty, students and community partners to share knowledge about the Himalayan region, including Tibetan cultural zones and countries like Bhutan, China, India, Nepal and Pakistan.

Launched in 2015, the program offers language courses in Nepali and Tibetan, and hosts speakers and events on topics that are relevant to the region.

The 21st century has renewed interest in inner and central Asia as the policy community and researchers begin to explore issues of religious and ethnic identity and natural resource management.

Launched by the IAR in 2005, the Program on Inner Asia seeks to improve global awareness of poorly understood countries like Mongolia through research, study, and relationship building.

The Institute of Asian Research has recognized that expertise on Inner Asia and Central Asia is lacking not only at the IAR, but at UBC and in Canada more broadly. While we are not in a position to address this gap comprehensively, we are attempting to raise the profile of research on this area of great interest to Canadians and hope to establish more sustained activities in the future.

Research on Central and Inner Asia has gained renewed prominence in the 21st century as more attention in the social sciences and in the policy community is focusing on the interplay between religious and ethnic identities and some of the Asian states as well as on issues surrounding the management of natural resource endowments. A policy-context to some extent dominated by the legacies of the Soviet Union only makes these issues more pressing and thus command international attention.

A number of past research projects have heightened our awareness of the research being done on Inner Asia around the world. IAR researchers and other colleagues have thus examined or are conducting projects on:

We hope to continue to build expertise in these fields and related areas of inquiry and welcome suggestions from colleagues and the interested public as to future topics and activities.

The Program on Inner Asia benefited from a very generous anonymous donation to support its activities in the academic year 2007-08.

This donation has encouraged the work of Mongolian and non-Mongolian graduate students at UBC and has supported research on Mongolia as well as contributions to Canada-Mongolia relations.

The Xinjiang Documentation Project, prepared by the Institute of Asian Research at the School of Public Policy and Global Affairs, offers a chronological documentation of reports on the ongoing troubling events in China’s Xinjiang since as early as 2015. The project aims to provide a reading guide about the recent developments, experts’ explanations, as well as an understanding of what ethnic Uyghurs and Kazakhs are going through on a daily basis.

Created in 2009, the Liu Scholars program brings together exceptional PhD students from across UBC to facilitate collaborative, interdisciplinary research on global issues, to strengthen global networks, and to develop a community for research dissemination.

The Lobby Gallery’s mandate is to foster alternative and artistic forms of dissemination of research through critical artistic expression, enabling a space for creative dialogue about global issues. It also seeks to build communication among students, faculty, researchers and the Vancouver public through the exhibition of innovative, engaging and responsible art work.

Jeff O’Brien is an art historian completing his PhD in the Department of Art History, Visual Art and Theory at UBC, where he is also a Liu Scholar and Curator of the Lobby Gallery at the Liu Institute for Global Issues.

The most enriching conversations often happen in informal, small-group, settings. For example, in Vancouver, the topic of conversation invariably turns to the “housing crisis”. However, while plenty of passionate opinions are shared, such conversations are often marred by the liberal use of uninformed opinions about exactly what the problem is, its causes, and the solutions. A more enlightening conversation would include key informed participants who can separate facts from opinions while engaging with alternate viewpoints. Seminars typically do not provide the opportunity to have the “back and forth” that is a critical piece of engaging conversations. The Liu Debates aim to fill this niche at UBC by hosting frequent events on a topic of current policy interest.

The Liu Debates format brings together a group of 20-25 people, by invitation only, with expertise in various aspects of the issue being discussed. One or two invitees moderates the conversation, with brief opening remarks then opening the floor for conversation. A moderator will ensure the smooth flow of conversation.

Rules of the game

Centre for the Study of Democratic Institutions (CSDI)

CSDI supports publicly engaged research, teaching and knowledge-sharing on democratic practices and institutions, with a focus on citizen engagement and participation, constitutional governance and transitional regimes.

Gain intensive hands-on mentoring and training to make a difference—whether at the local, provincial or federal level—through the Institute for Future Legislators (IFL) held each summer in Vancouver and in Victoria.

Learn more
launch
On this page
Back to toparrow_upward