Engage in a discussion on mobilizing Canada for the climate emergency with Seth Klein, founding British Columbia Director of the Canadian Centre for Policy Alternatives, as part of the annual Richard B. Splane Lecture in Social Policy.

Watch the video recording below:

Seth Klein’s talk will highlight key ideas and lessons from his 2020 book A Good War: Mobilizing Canada for the Climate Emergency. The book explores how we can align our politics and economy in Canada with what the science says we must urgently do to address the climate crisis. But Klein brings an original and uniquely hopeful take to this challenge. The book is structured around lessons from the Second World War – the last time Canada faced an existential threat. Others have said we need a “wartime approach” to climate change, but this is the first book to delve into what that could actually look like. Canada’s wartime experience, Klein contends, provides an inspirational reminder that we have done this before. We have mobilized in common cause across class, race and gender, and entirely retooled our economy in the space of a few short years.

Weaving together history, politics and policy, Klein’s book jumps between our past and present, answering questions such as: What did the marshaling of all our economic and human resources look like during the Second World War, and what might a similar deployment look like today? How was it paid for? What kind of leadership did it require? How was public support and national unity secured? What did we do for returning soldiers, and are there lessons for just transition for fossil fuel workers today? What was/is the role of Indigenous people and youth, then and now? And what are the war’s cautionary tales, the warnings of things that brought us shame, that we do not wish to repeat? The book is an invitation to both the public and our political leaders today, to reflect on the people who saw us through the Second World War, and to consider who we want to be, as we face down the defining task of our lives.

Klein talk will also explore the connections between inequality and climate mobilization, and Klein will explain why is tackling inequality and economic insecurity is vital to winning bold climate action.

Bio: Seth Klein is the Team Lead and Director of Strategy of the Climate Emergency Unit (a 5-year project of the David Suzuki Institute that Seth launched in early 2021). He served for 22 years (1996-2018) as the founding British Columbia Director of the Canadian Centre for Policy Alternatives, a public policy research institute committed to social, economic and environmental justice. He is now a freelance researcher, writer, consultant and speaker, and an adjunct professor with Simon Fraser University’s Urban Studies program.

Seth’s new book – A Good War: Mobilizing Canada for the Climate Emergency – was released in September 2020.

Seth is a founder and served for eight years as co-chair of the BC Poverty Reduction Coalition, a network of over 50 community organizations in BC campaigning for a comprehensive poverty reduction plan in BC. He is a founder and served for 10 years on the advisory committee of the Metro Vancouver Living Wage for Families campaign (and was co-creator of the methodology for calculating the living family wage, now used in about three dozen Canadian communities). He currently serves on the board of Dogwood. He is an advisory board member for the Columbia Institute’s Centre for Civic Governance. And he is a founder, advisor and instructor for Next Up, a leadership program for young people committed to social and environmental justice.

Seth’s research deals primarily with climate policy and climate justice, fiscal policy, taxation, welfare policy, poverty, inequality, economic security, and job creation. His research reports can be found on the CCPA’s website; and his policy commentary can be found primarily on the CCPA-BC’s blog.

A social activist for over 35 years, Seth lives in East Vancouver with his partner and two children. Seth has been listed by Vancouver Magazine as one of the 50 most powerful people in the city, and by Homemakers Magazine among the “60 men we love.”  He does not know how he ended up on either list, but he humbly accepts the latter.

Learn more about the Climate Emergency Unit, which works with all sectors to find solutions to the climate crisis. They seek to move governments and leaders in Canada into true climate emergency mode, pressing them to adopt ambitious policies that align with what science says we must do. If you’d like to receive the CEU newsletter, please sign-up here.

Co-hosted by: UBC School of Social Work, United Nations Association in Canada – Vancouver Branch, and the Liu Institute for Global Issues at the UBC School of Public Policy and Global Affairs 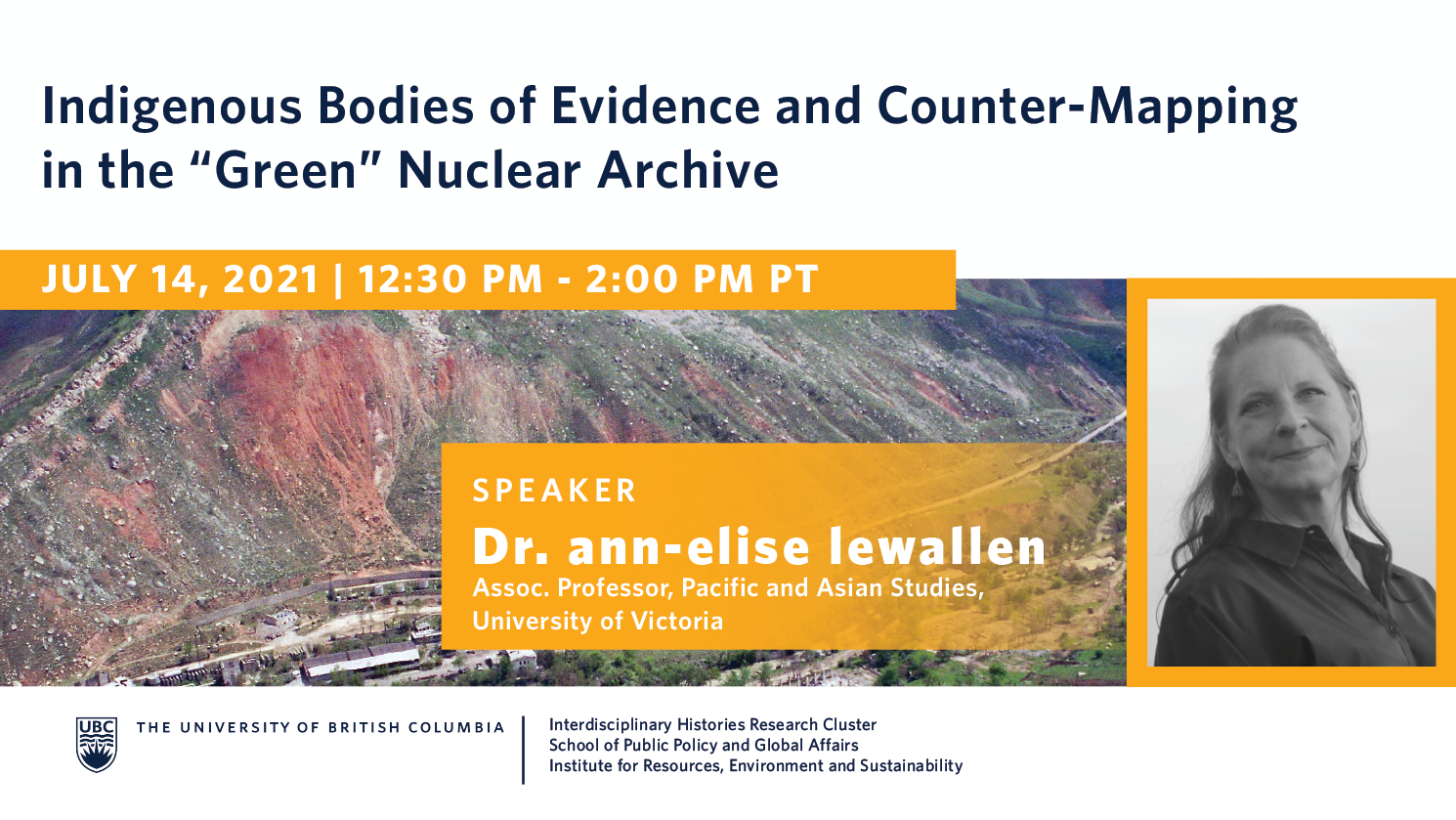