Organized resistance to new fossil fuel infrastructure, particularly conflicts over pipelines, has become a formidable political force in North America. In this book, George Hoberg examines whether such place-based environmental movements are effective ways of promoting climate action, if they might inadvertently feed resistance to the development of renewable energy infrastructure, and what other, more innovative processes of decision-making would encourage the acceptance of clean energy systems. Focusing on a series of conflicts over new oil sands pipelines, Hoberg investigates activists’ strategy of blocking fossil fuel infrastructure, often in alliance with Indigenous groups, and examines the political and environmental outcomes of these actions.

Purchase the book, The Resistance Dilemma: Place-Based Movements and the Climate Crisis, online or through you favourite local bookseller.

Please register in advance. The Zoom link will be emailed to you in advance.

George Hoberg is a Professor at the School of Public Policy and Global Affairs and Graduate Program Director of the Master of Public Policy and Global Affairs program at the University of British Columbia. He specializes in environmental and natural resource policy and governance. His research interests include environmental policy, energy policy, forest policy, and more generally the design of policies and institutions to promote sustainability. His current research focuses on the clean energy transformation. Dr. Hoberg taught public policy and American politics in the Department of Political Science for 13 years, and forest and energy policy in the Faculty of Forestry from 2001 to 2016. He has published on the role of science in policy-making and international constraints on domestic policy autonomy. He has also written books on BC and Canadian forest policy, environmental policy in the US, toxic substances regulation, and edited two books on comparative Canada-US policies and the US influence on Canada. From 2001-2006, he was head of the Department of Forest Resources Management at UBC. He is an associate of the Department of Political Science and Institute for Resources, Environment, and Sustainability, and a member of the Clean Energy Research Centre.

Tzeporah Berman BA, MES, LLD (honoris causa) has been designing environmental advocacy campaigns and environmental policy for 30 years. She is an Adjunct Professor of Environmental Studies at York University, the International Program Director at Stand.Earth, the Chair of the Fossil Fuel Non-Proliferation Treaty Initiative, the co-founder of the Global Oil and Gas Network and the former co-director of Greenpeace International’s Climate and Energy Program. She has held appointed positions advising the British Columbia government on climate policy and was appointed by the Alberta Government to Co-Chair the Oil Sands Advisory Working Group tasked with making recommendations to implement climate change and cumulative impact policies in the oilsands. Tzeporah has been listed as one of the 35 Most Influential Women in British Columbia by BC Business Magazine and awarded the YWCA Women of Distinction Award in British Columbia. In 2019 Tzeporah received the Climate Breakthrough Project Award and in 2013 she was awarded an Honorary Doctorate from the University of British Columbia. Twitter: @Tzeporah Berman 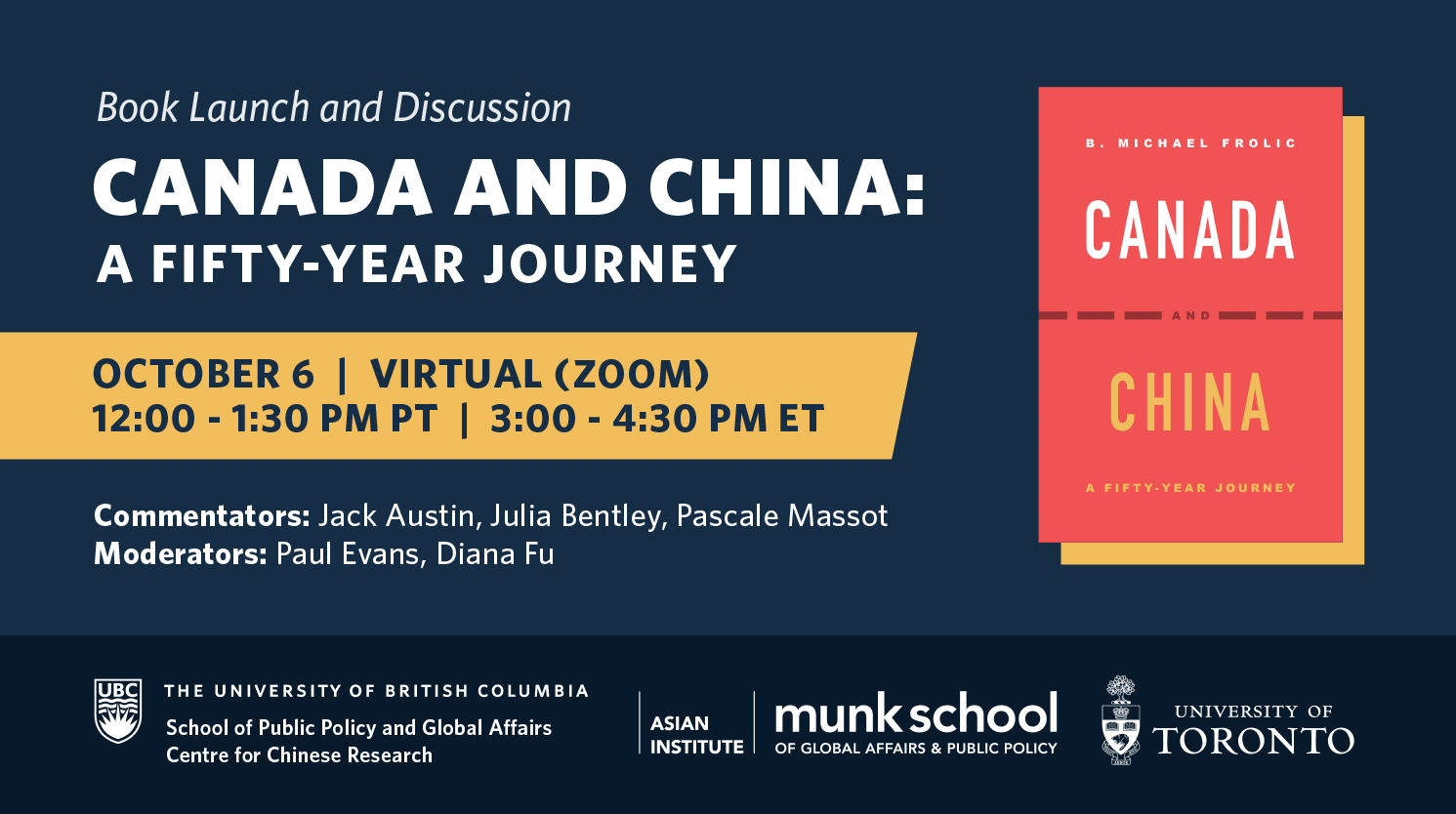 Book Launch – The Rise of the Infrastructure State 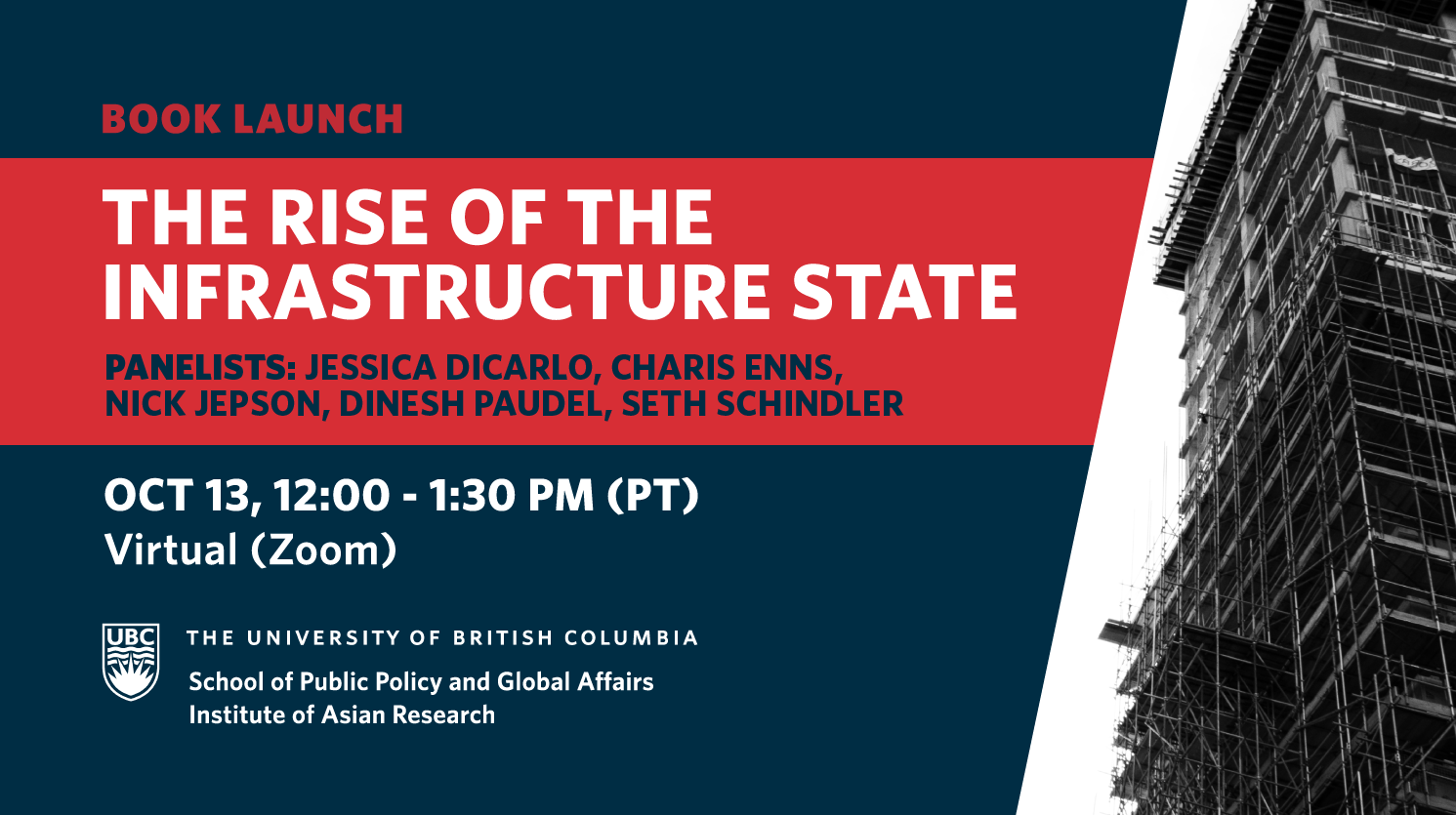 Centre for Japanese Research, Centre for the Study of Democratic Institutions 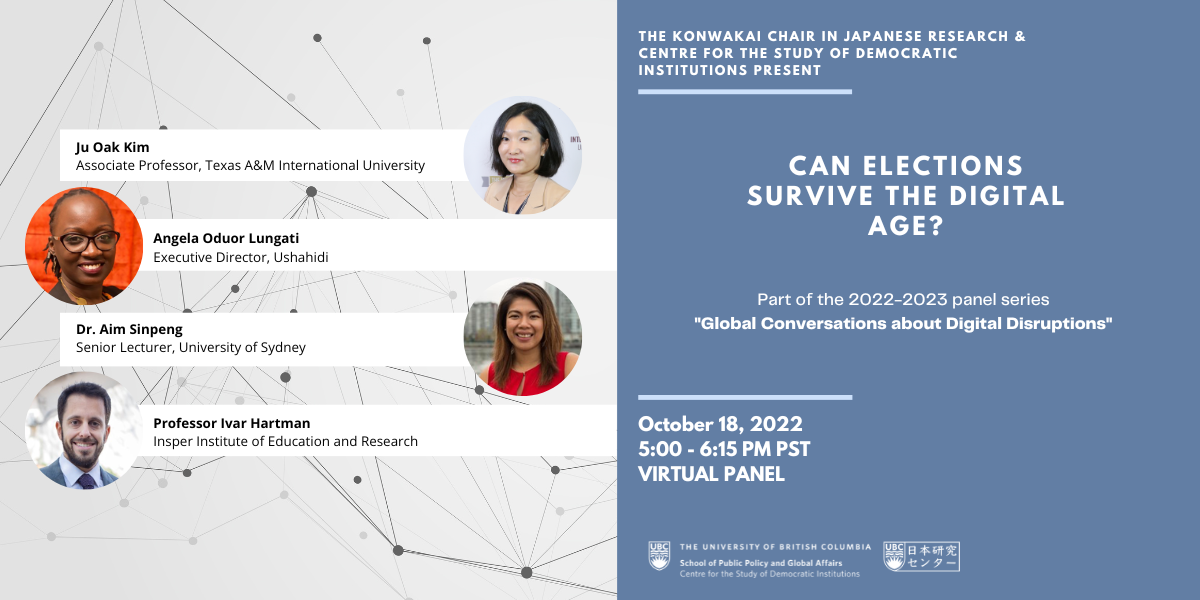