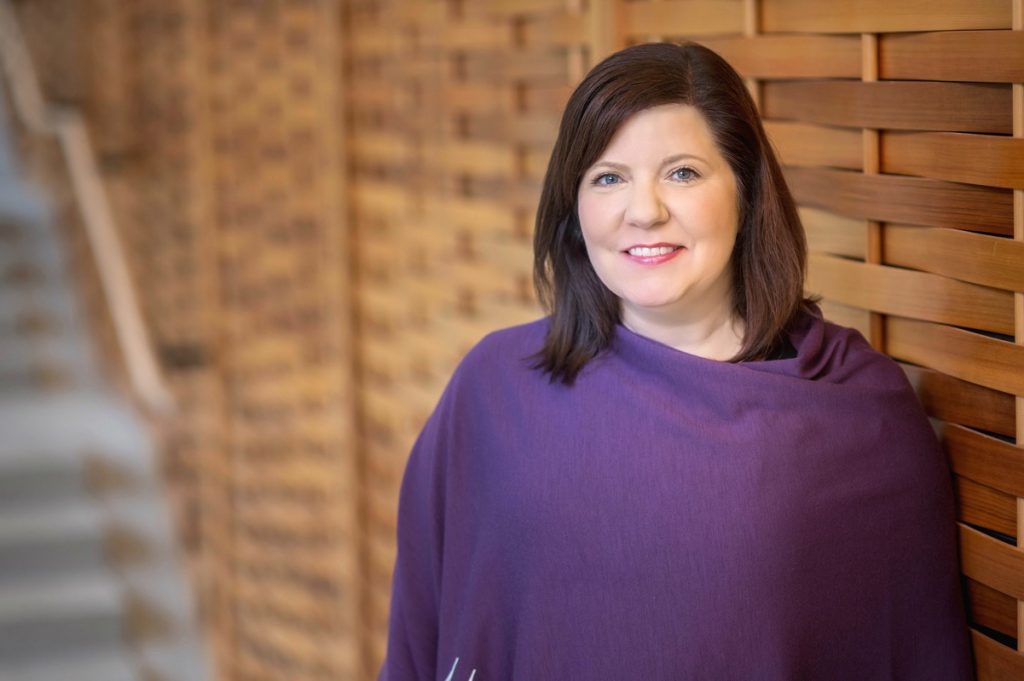 On March 23, 2021, at the conclusion of its 46th session in Geneva, the United Nations Human Rights Council appointed Dr. Sheryl Lightfoot as the North American member on the UN Expert Mechanism on the Rights of Indigenous Peoples (EMRIP). Dr. Lightfoot is Canada Research Chair of Global Indigenous Rights and Politics and Associate Professor with the School of Public Policy and Global Affairs, Department of Political Science, and First Nations and Indigenous Studies at the University of British Columbia.

The Expert Mechanism is charged with providing expertise to the Human Rights Council and advising states in achieving the aims of the United Nations Declaration on the Rights of Indigenous Peoples. Adopted by the General Assembly in 2007, the UN Declaration recognizes Indigenous peoples’ rights to self-determination, equality, and non-discrimination, and calls on states to address Indigenous peoples’ rights in realms ranging from natural resource development to freedom of expression and personal safety from violence.

As one of the world’s experts in global Indigenous politics, Dr. Lightfoot specializes in complex questions of Indigenous peoples’ rights and how those rights are being claimed and negotiated in various political spaces. Her work explores both practical and theoretical aspects of implementation of Indigenous rights globally as well as in comparative domestic and regional contexts.

Dr. Lightfoot also currently serves as Senior Advisor to the UBC President on Indigenous Affairs. She is Anishinaabe from the Lake Superior Band of Ojibwe, enrolled at the Keweenaw Bay Community in northern Michigan.

We sat down with Professor Lightfoot to learn more about her UN appointment and what it means to her:

Prof. Lightfoot: The Expert Mechanism on the Rights of Indigenous Peoples (EMRIP) is one of three Indigenous-specific mechanisms developed at the United Nations since 2001, and this is the newest of the three. Formed in 2007, EMRIP is a follow-up to the previous Indigenous Peoples’ working group – that work ended when the United Nations Declaration on the Rights of Indigenous Peoples (UNDRIP) was adopted, but there was still a need for focused work at this level during the implementation phase. Strangely enough, I was actually there at the UN in Geneva, conducting research, in 2007, when EMRIP was formed, so this appointment has a full circle aspect to it.

A regular question posed is: what do these three Indigenous mechanisms do and how do they differ? The United Nations Permanent Forum on Indigenous Issues (UNPFII) is a high-level advisory body to the Economic and Social Council. It gathers in New York every year and produces implementation guidance and reports. However, its main function is as part of the Economic and Social Council (ECOSCO), and it works towards increasing broad awareness of issues faced by Indigenous peoples around the world.

The second mechanism is the office of the Special Rapporteur on the Rights of Indigenous Peoples, which engages in reporting and research as well but also accepts urgent action petitions to help resolve conflicts as they are happening on the ground.

EMRIP is probably the most academic of the three bodies. EMRIP is mandated to advise the UN Human Rights Council, but it also engages in dialogue with States and Indigenous peoples and studies provisions of the UN Declaration in order to recommend concrete actions that stakeholders can take to advance implementation. Stakeholders could be UN member states, civil society organizations, human rights institutions, and many more. They review EMRIP studies and take away particular advice on policy actions, such as legislative or constitutional adjustments that need to be made to advance the implementation of Indigenous peoples’ human rights.

EMRIP is also the most policy-relevant mechanism of all three UN mechanisms, in my view. It aims to include Indigenous peoples in all of its studies and is trying hard to bring people into dialogue. EMRIP can be called upon by individual states or groups of states for policy advice, to assist on particular recommendations from international treaty bodies, and to facilitate dialogue over particular issues.

Several years ago, I met with the EMRIP secretariat in New York and asked what UBC could do to help their work, as universities are often key supports for EMRIP. Repatriation came up as an urgent topic area. So, in early March 2020, UBC hosted a two-day expert seminar on the repatriation of Indigenous sacred objects and human remains. Forty five experts from around the world attended and gave presentations on their papers; material that was then turned over to EMRIP for their study (find the report here). EMRIP’s report was then presented to the UN Human Rights Council with recommendations around international rules and regulations for repatriation. 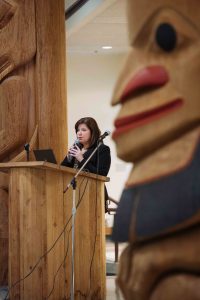 This was an example of how EMRIP helps develop Indigenous rights policy recommendations. A less publicized part of the 2020 expert seminar at UBC involved a facilitated dialogue where EMRIP acted as an intermediary between the Yaqui, an Indigenous people in Sonora, Mexico, and a Swedish museum, concerning a sacred item (a ceremonial deer head) that the Yaqui wanted returned to them from the museum. The Yaqui people had originally written to EMRIP and asked for assistance in resolving this issue. The end result of the dialogue, held in the UBC First Nations Longhouse, was repatriation of that item. The UN EMRIP Secretariat was very impressed with UBC and our commitments to Indigenous peoples’ human rights.

This is an example of the work that can be undertaken by EMRIP. The particular academic and policy-centric mandate of EMRIP excites me quite a bit, given my orientation personally, professionally, and of course, in my scholarly work.

Q2. SPPGA: Your research is focused on the implementation of Indigenous human rights in global, regional, national and sub-national contexts. How does your new role at the UN intersect with your current research pursuits?

Prof. Lightfoot: I’ve held a Canada Research Chair (CRC) appointment in Global Indigenous Rights and Politics at UBC since 2013 – the focus is on the practical implementation of Indigenous human rights on global, regional, national, and sub-national levels. One project I’ve been working on under my CRC includes the Social Sciences and Humanities Research Council (SSHRC)-funded Complex Sovereignties: Theory and Practice of Indigenous Self-Determination in Settler States and the International System, which looks at innovative Indigenous assertions of self-determination within or outside of state structures.

I’m also working on another SSHRC-funded project on Indigenous peoples and borders. I’m looking at how borders constrict and constrain the active practice of Indigenous governance and self-determination. 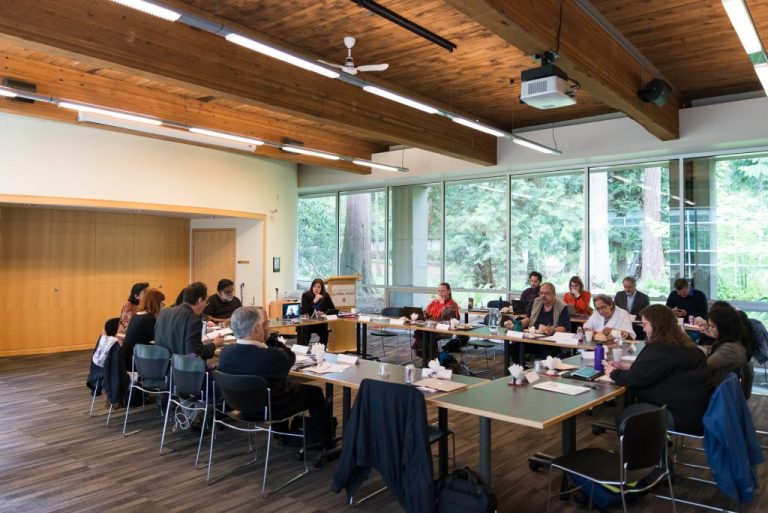 In addition, I’m the academic lead on an informal Indigenous human rights network (the International Indigenous Rights and Governance Network) of academics and practitioners who have come together in the past five years to conduct joint research projects, written materials for public conversations and political discourse, and academic papers. We collaborate on projects to help translate sometimes dense legal material into actionable, legible materials for Indigenous leaders, civil society organizations, and others to use. We also work to articulate high-level legal concepts such as Free, Prior and Informed Consent (FPIC) into day-to-day life.

All this work fits very well with the work of EMRIP, and there are some key synergies.

Q3. SPPGA: What is your vision for the implementation of Indigenous human rights in Canada and globally?

Prof. Lightfoot: The biggest challenge is moving forward with implementation in a concrete and consistent way, in practice.

What we’ve seen so far in Canada, as well as globally, is often high-level verbal and/or written commitments, followed by a struggle to implement those commitments consistently and fully. There tends to be a troubling spectrum of variation in actual implementation. We see in the news some clear cases of successful implementation, from co-management, to partnerships, and other creative activities that are all positive, but then we also see disturbing infractions and violations of Indigenous human rights everywhere. These two realities coexist. I’d like to see a future where the disturbing practices simply cease to exist, and we have better consistency and clarity around the practice of implementation.

I’d like to see Indigenous human rights become as common sense and so taken for granted that it would be unthinkable to violate them in our society.

At present, Indigenous human rights, which are inherent human rights, are still contestable, and up for debate in policy circles – and I think that is unacceptable.

Q4. SPPGA: In September 2020, UBC launched an Indigenous Strategic Plan (ISP) and by doing so, became the first university in North America to implement UNDRIP. As the plan’s co-lead, what were your proudest moments in the development of the plan and what are you looking forward to seeing as a result of the strategic plan’s 43 concrete commitments to integrate the human rights of Indigenous peoples into every aspect of the university’s work and operations?

Prof. Lightfoot: We’re still in the very early stages of implementation. This plan represents, in many respects, a continuation of the work from 2008 in UBC’s first Aboriginal Strategic Plan. This renewal of the Plan brought additional specificity and a series of concrete action steps to help guide Deans, Directors, and Department Heads around “What can we actually do?” It contains high-level principles and action steps that I hope helps give traction to movement in a number of areas.

One proud moment for me was during the first round of engagement on the plan, when we called for people to give us their insights and suggestions on concrete action steps UBC can take take to implement the Declaration on the ground, within the university. Those engagements filled up quickly – I was blown away by the interest, enthusiasm, and level of engagement, particularly by non-Indigenous people. I wouldn’t have seen that 10 or 15 years ago, and I was so impressed with that change. 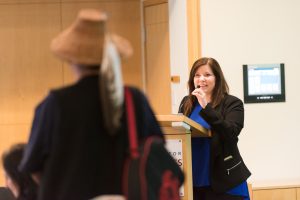 I am also so impressed by the high-level commitments made by the UBC President, the Board of Governors, and senior leadership across both campuses. The consensus across all levels of the university is: “This is our plan.” The plan emerged from grassroots engagements and people feel connected to it. There is a lot of excitement and willingness to work on it.

For the virtual launch of the plan held in September 2020, under COVID-19 conditions, we had 1,500 people, from 19 different countries, tune in to watch. (Watch the ISP Celebration Event Webcast Recording).

SPPGA: Thank you for your outstanding leadership on Indigenous human rights at UBC, in Canada, and globally Sheryl, and for your time today. 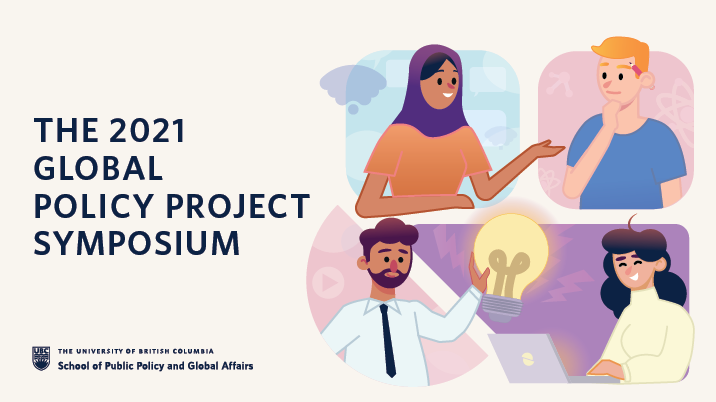 Setting the Stage for Wars During a Global Pandemic

Reconciliation Requires More than Shock and Outrage — It Takes Action 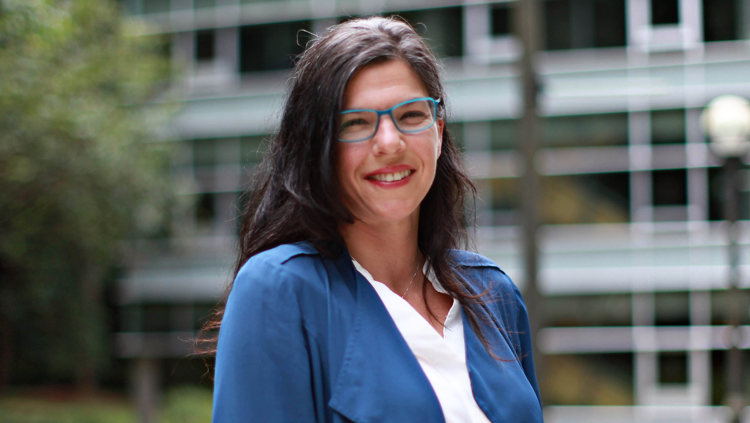